The quarter experienced a subdued recovery from the pandemic especially in areas like Western Europe and LATAM due to the emergence of new strains of the virus coupled with a spike in new infections.

Commenting on the market dynamics, Research Analyst, Aman Chaudhary said: “The market declined 10% YoY in CY 2020 due to the spread of COVID-19 and the resulting lockdowns, which impacted performance in the first half of the year.  With the easing of lockdowns, the market rebounded in the second half thanks to pent-up demand being fulfilled by the streamlined supply chain. It is interesting to note that the market also made a distinct migration from feature phones to smartphones as the devices became a medium for education, work and entertainment. A strong 5G push by the industry through reduced device prices and operator tariffs further boosted the market’s recovery process.” 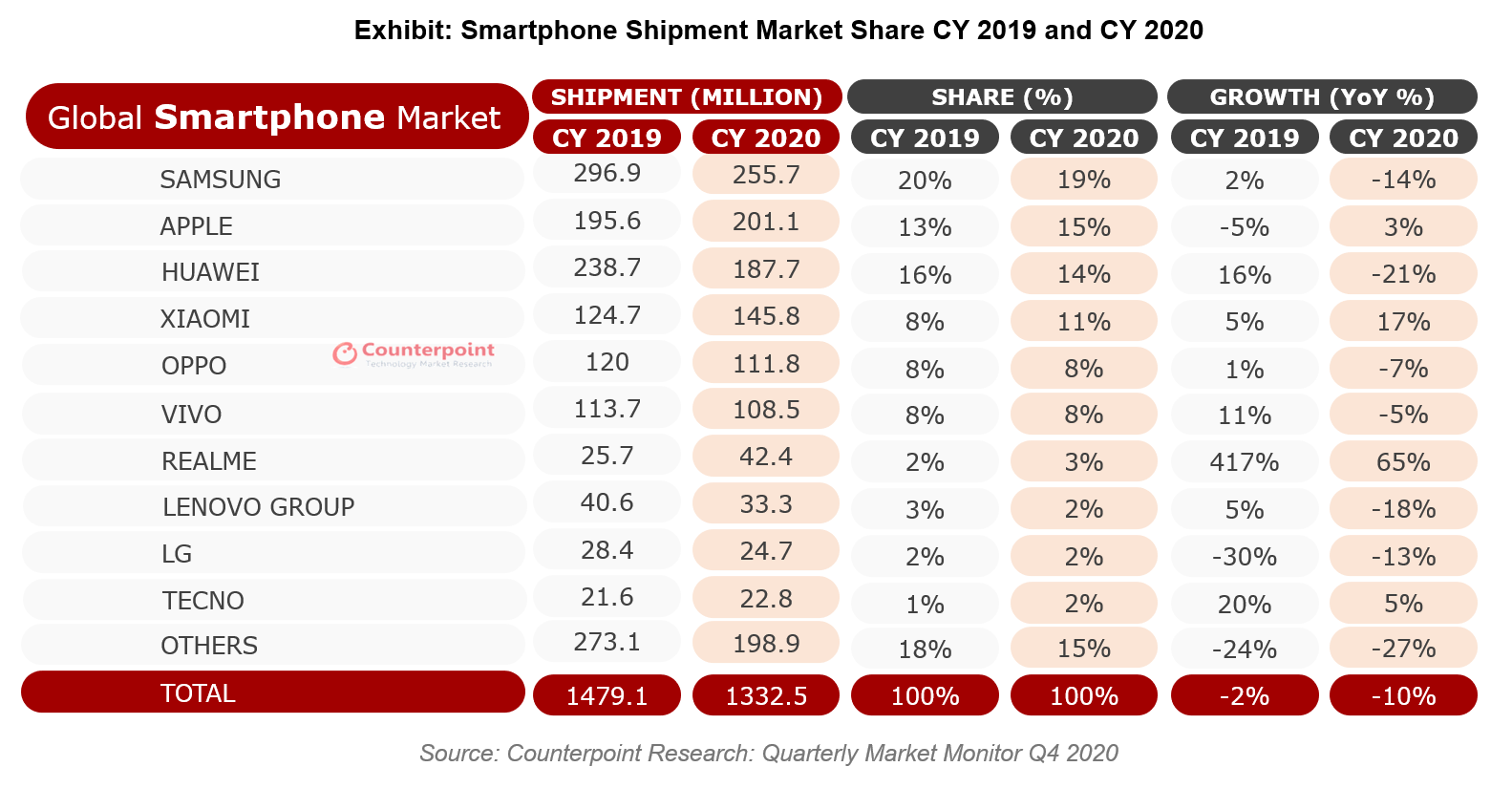 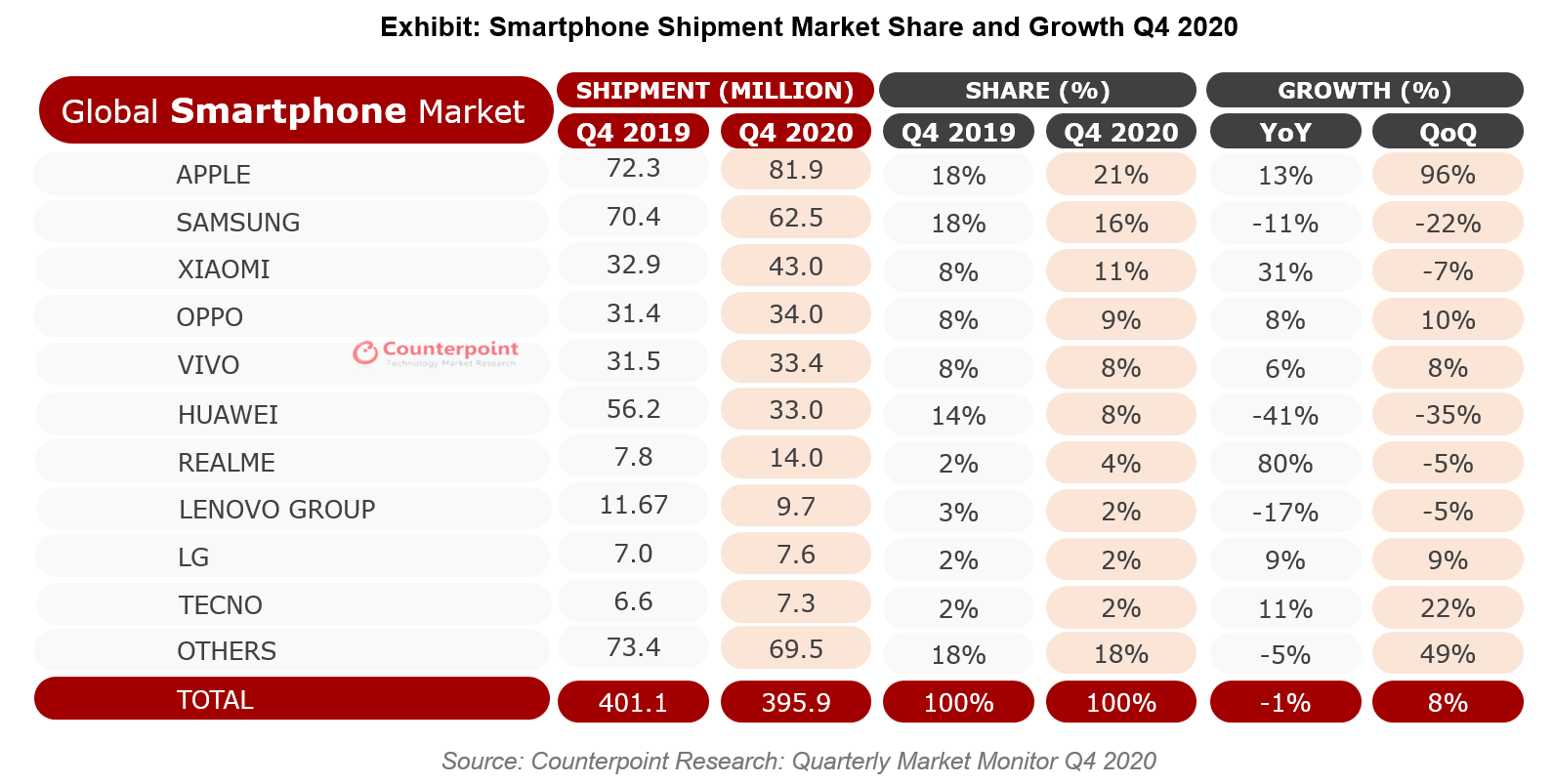 While the overall market continued to rebound from the ill effects of COVID-19, 5G also continued to grow. Commenting on the 5G scenario, Senior Research Analyst, Harmeet Singh Walia said: “5G shipments continued to accelerate registering a 120% QoQ jump in Q4. The overall 5G smartphone penetration increased to 34% of total smartphone shipments compared to 17% in the previous quarter. The growth was driven by the launch of the iPhone 12 and a strong portfolio of products from brands like OnePlus, OPPO, Xiaomi and vivo in the sub-$300 price band. Also, there was a large pent-up demand for 5G phones, especially within the iOS base. China accounted for ~40% of the total 5G smartphones shipped in CY 2020. Apple’s entry will be a strong influence in driving 5G adoption outside China in 2021.”

Orange, CNED team up to distribute educational content via smartphones in Africa

Orange and the CNED (National Distance Learning Centre) have announced a partnership to facilitate access to educational content on smartphones in Africa. The announcement was made during the Global Partnership for Education Summit in Dakar, [c]

LG Electronics has announced second quarter and first half revenues with consolidated sales of KRW 15.63 trillion (US $13.40 billion) and operating profit of KRW 652.3 billion (US $559.4 million) for the period covering April-June [c]

ZTE Mobile Devices has announced that it has secured the fifth position for highest smartphone shipments in Europe from January to March 2016. According to Counterpoint Technology Market Research, ZTE’s market share continues to soar and the [c]