We can’t all be in Naivasha this weekend for the Safari Rally, but at least we can binge these movie collections on Showmax, which include fan favourites the Harry Potter collection and The Dark Knight trilogy, classics like The Matrix trilogy, action-packed espionage like the Bourne collection and  martial arts collections that give us the best of Jet Li, Bruce Lee and Jackie Chan. Nothing like a good movie to distract you from how unforgivingly cold Nairobi is, right?

You can now binge the complete Harry Potter boxset with all eight epic movies of the multiple Oscar-nominated fantasy saga. Together, the Harry Potter movies are the third highest-grossing film franchise of all time, with a global gross of over $7.7 billion. On the small screen, it still holds the record for the most-watched franchise in TV history, with over 1.3 billion viewings to date. 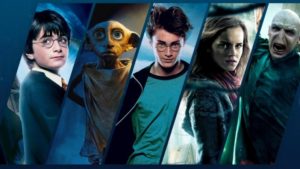 Find all the eight movies on Showmax:

·  Harry Potter and the Philosopher’s Stone

·  Harry Potter and the Chamber of Secrets

·  Harry Potter and the Prisoner of Azkaban

·  Harry Potter and the Goblet of Fire

·  Harry Potter and the Order of the Phoenix

·  Harry Potter and the Half-Blood Prince

Ahead of the upcoming fourth instalment’s release, binge the classic sci-fi action trilogy: The Matrix (1999), The Matrix Reloaded (2003), and The Matrix Revolutions (2003), which made pop culture icons of Keanu Reeves, Laurence Fishburne, Carrie-Anne Moss and Hugo Weaving. 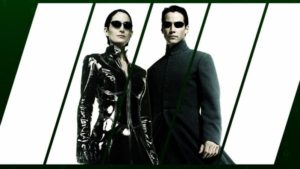 Written, directed and produced by the Wachowskis (Cloud Atlas, V for Vendetta, Bound), The Matrix won four Oscars, and is still #16 on IMDb’s Top Rated Movies of all time.

Christopher Nolan’s unforgettable trilogy racked up three Oscars, and is still regarded as one the best superhero franchises of all time, acclaimed for ushering in a new era of superhero films that has made the genre the box office money machine it is today. 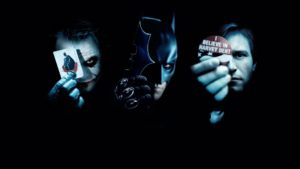 For more superhero films on Showmax, stream Man of Steel, Birds of Prey and Shazam.

While Jason Bourne has sometimes been compared to James Bond, the dark knight of the spy world is everything Bond is not – modest, reclusive, and he certainly couldn’t care less if his martini was shaken or stirred.

He’s the anti-hero who doesn’t care about being liked, and Matt Damon plays him to perfection. Jason Bourne is a rogue CIA operative who decides to look for answers after suffering from amnesia only to uncover a major government conspiracy. JRR Tolkien’s novels, the prequels of the Lord of the Rings saga, are brought to life in The Hobbit trilogy that includes The Hobbit: An Unexpected Journey, The Hobbit: The Desolation of Smaug and The Hobbit: The Battle of the Five Armies. They all star Martin Freeman as the reluctant hobbit recruited to join a quest to recover the dwarves’ treasure from the dragon Smaug. The cast also includes Ian McKellan as Gandalf the Grey, Benedict Cumberbatch as the voice of the dragon, and Andy Serkis as Golem.

Plus, the Lord of the Rings trilogy is landing on Showmax in July 2021!

The martial arts collection features no fewer than 30 films that includes a buffet of classics from the kung fu masters themselves: Bruce Lee in The Way of the Dragon and Game of Death, Jackie Chan in Police Story, Wheels on Meals, Crime Story, and Armour of God and Jet Li in Dr. Wai in the Scripture with No Words and Once Upon A Time in China as well as classics like Iron Monkey, Three, The 36th Chamber of Shaolin, and A Chinese Odyssey.

For more movie collections on Showmax, also stream Fifty Shades of Grey and its sequel Fifty Shades Darker, and the vampire romance-fantasy films Twilight and The Twilight Saga: New Moon. Keep an eye out for the Rocky collection, featuring six action-packed classics, landing on Showmax in July 2021.

IBM and David Clark Cause have announced Mavuno Link as the Middle East and Africa Regional Winner of the 2021 Call for Code Global Challenge. This year’s regional winning solution is from a team of [c]

Huawei Mobile Kenya has kicked off a two-week shopping festival that will see consumers enjoy discounts on their various devices and accessories. Among the products that will have discounts include Huawei GT2 that will retailing [c]