Kenya’s mobile network operators – Safaricom, Airtel Kenya, Telkom Kenya, Jamii Telecom, and Equitel – have deactivated a total of 287,214 SIM cards in the three months between May to June 2022. The update comes as the 15 October deadline issued by the Communications Authority of Kenya (CA) for subscribers to validate (or verify) their SIM registration details approaches, with less than a month left to go.

The latest ICT sector statistics report released by the Authority shows that the SIM cards deactivated were those registered using the wrong identification details. Consumers continue to validate their registration details and through the exercise, some have discovered the existence of flagged numbers registered in their name without their knowledge.

The Authority in April this year extended the deadline for subscribers to update their registration details by a further 6 months to October 15, 2022.

With the deactivation, the active mobile subscriptions declined to 64.7 million in the quarter down from 64.9 million in the preceding period, translating to a mobile (9SIM) penetration of 130.9 per cent.

In the January-March 2022 quarter, 124,689 SIM cards were deactivated as part of efforts to mitigate misuse of SIM cards for criminal intentions.

Below is the breakdown of the number of active mobile (SIM) subscriptions per operator by contract type: 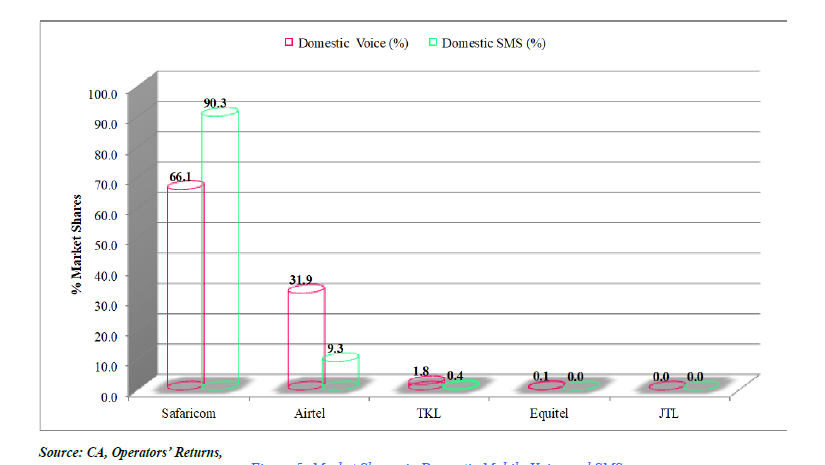 Mobile money subscriptions stood at 37.2 million, representing a penetration level of 75.3 per cent. In the period, there were 1.1 billion person-to-person transfers amounting to Kshs 1.1 trillion. On the other hand, the value of deposits stood at Kshs 1.4 trillion.

The volume of domestic letters and courier items rose by 3.8 and 5.0 per cent to stand at 290,910 and 1.1 million items, respectively. In the same three-month period, there were 97, 596 dot ke domain names, according to the CA report.

The 2013 edition of AITEC’s East Africa Summit – under the theme: “Harnessing the Power of ICT to Deliver Citizen Services & Improve the Quality of Life in East Africa” – will be held on [c]

Sagitarix was Kenya’s only finalist at 2018 Sanofi VivaTech challenge. Which firm(s) will make it this year?

Just like in the previous edition of the contest, the Sanofi VivaTech Challenge is currently accepting applications from African startups for a chance to win a slot to pitch at the VivaTech 2019 forum on [c]

The 6th workshop of the EU-funded Sci-GaIA project on “e-Infrastructures and Open Science in support of Public Health” will be held on February 8, 2017 at the Kenyatta University, Nairobi, Kenya. The workshop will be hosted by the [c]