THE WHITE LOTUS S2 | Mondays from 31 October, first on Showmax
The next chapter of The White Lotus swaps Hawaii for Sicily, following a new group of vacationers jetting off to a different White Lotus resort.
Season 1 was the most awarded show at the 2022 Emmys, winning 10 awards, including Outstanding Limited or Anthology Series, Directing and Writing – and Supporting Actress for Jennifer Coolidge as Tanya – the only S1 character confirmed to return for S2. 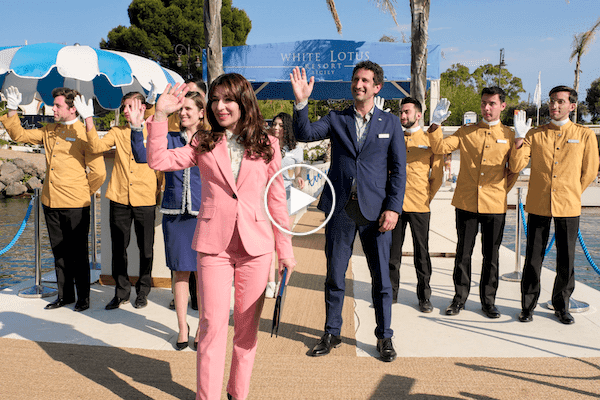 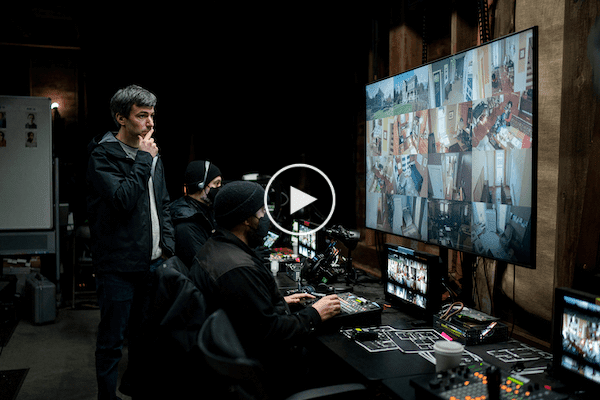 THE REHEARSAL S1 | Binge from 10 October, first on Showmax
The Rehearsal explores the lengths one man will go to to reduce the uncertainties of everyday life. With a construction crew, a legion of actors and seemingly unlimited resources, Nathan Fielder (2022 Emmy nominee How To With John Wilson) allows ordinary people to prepare for life’s biggest moments by “rehearsing” them in carefully crafted simulations of his own design. When a single misstep could shatter your entire world, why leave life to chance?
The Rehearsal has been a hit with fans and critics alike, with an 8.7/10 rating on IMdb and a 94% critics’ rating on Rotten Tomatoes, where the critics’ consensus says: “The Rehearsal gives Nathan Fielder carte blanche to take his absurdist comedy to the limit, which he pushes even further past with deadpan aplomb in what might be his most uncomfortably funny feat yet.”
Daily Beast hailed Fielder as “the undisputed king of cringe comedy,” calling The Rehearsal “a masterpiece of awkward chaos”, while​IndieWire praised the show as “a grand HBO experiment” that achieves “next-level entertainment” and Vanity Fair called it “as enthralling and bizarre as life itself.”
HBO recently renewed The Rehearsal for a second season. 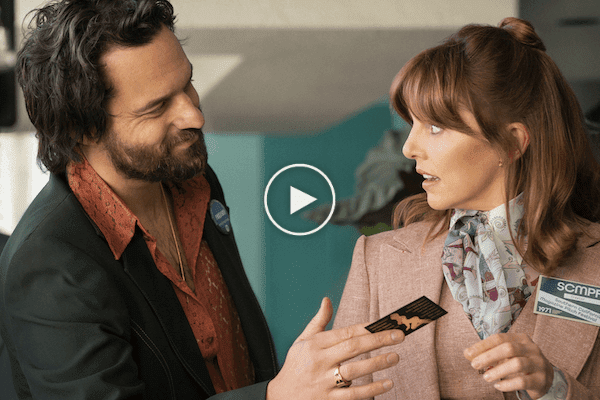 MINX S1 | Binge now, first on Showmax
In 1970s Los Angeles, an earnest young feminist (Ophelia Lovibond from Feel Good and Elementary) joins forces with a low-rent publisher (Critics’ Choice nominee Jake Johnson from New Girl) to create the first erotic magazine for women.
Minx topped Esquire‘s list of the Best TV Shows of 2022 (Thus Far) and has a 97% critics’ rating on Rotten Tomatoes, where the critics’ consensus says, “The rapport between Ophelia Lovibond and Jake Johnson is the irresistible centerfold of Minx, a bawdy and sharp comedy that merits a full-page spread.”
HBO Max has already renewed the comedy series for a second season. 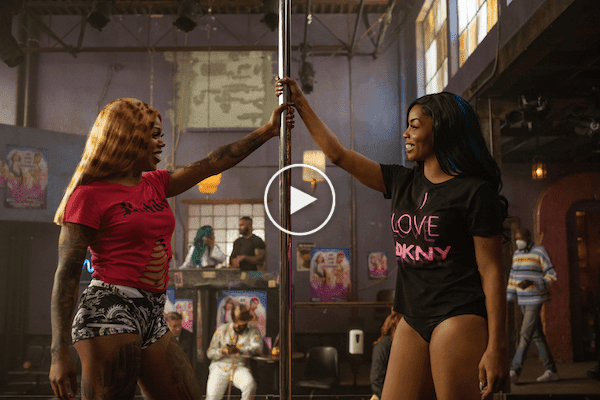 P-VALLEY S2 | Binge from 10 October
The strip club dancers of the Dirty Delta are back in Season 2 of the award-winning drama P-Valley.
With Covid having shut down the Pynk, Uncle Clifford (Nico Annan, nominated for an Independent Spirit Award, an Image Award and a Queerty for the role) and Autumn Night (Elarica Johnson) come up with a pop-up alternative: a drive-through car wash, where masked women will give you a neon-lit show…
Created by Pulitzer Prize-winning playwright Katori Hall, Season 2 has a 90% critics’ rating on Rotten Tomatoes, with Salon calling it “incomparable to much else on TV” and Guardian saying “the opening is as brilliant a spectacle as you’ll find on television”, adding, “There is an easy confidence to P-Valley that makes it an utter pleasure to watch. Season 2 is funnier than the first, going further into its campiness, but it also feels as if it is now fully at ease with itself. There is a glut of prestige television, but this is a standout that is well worth tracking down.” 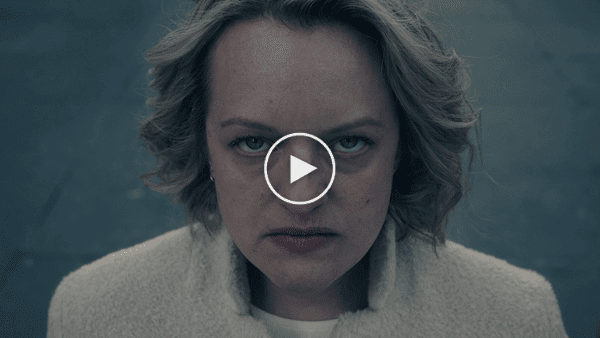 THE HANDMAID’S TALE S5 | New episodes every Thursday, first on Showmax
Adapted from the classic novel by Margaret Atwood, The Handmaid’s Tale is the story of life in the dystopia of Gilead, a totalitarian society in what was formerly the United States, where the few fertile women, known as Handmaids, struggle to survive as reproductive surrogates.
Having got her revenge in the Season 4 finale, June is facing its consequences in Season 5, while struggling to redefine her identity and purpose. The widowed Serena attempts to raise her profile in Toronto as Gilead’s influence creeps into Canada. Commander Lawrence works with Nick and Aunt Lydia as he tries to reform Gilead and rise in power. June, Luke and Moira fight Gilead from a distance as they continue their mission to save and reunite with Hannah.
The show’s 15 Emmy Awards include wins for Elisabeth Moss, Ann Dowd, Bradley Whitford, and Samira Wiley, with nominations for Yvonne Strahovski, Max Minghella, O-T Fagbenle, and Madeline Brewer, all of whom return for the new season.
Season 5 has an 81% critics’ rating on Rotten Tomatoes, with Variety writing, “The Handmaid’s Tale has found itself — or a version of itself, at once leaner and stranger — again… Handmaid’s is in a new, fascinating era.” 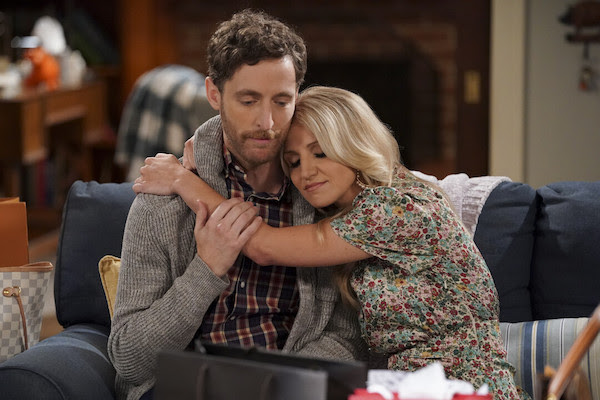 B POSITIVE S2  | Binge from 24 October
B Positive revolves around Drew (Emmy nominee Thomas Middleditch from Silicon Valley), a therapist and newly divorced dad. He needs a kidney donor when he runs into Gina (Annaleigh Ashford), a rough-around-the-edges woman from his past who volunteers her own. Together, they form an unlikely and life-affirming friendship as they begin a journey that will forever impact both of their lives.
Season 2 opens after the transplant, as the pair have to figure out how to move forward with their lives.
B Positive was nominated for Outstanding Cinematography at the 2022 Emmys, after S1 was nominated for two 2021 Emmys, including Outstanding Directing.
The comedy has an 85% critics’ rating on Rotten Tomatoes, where the critics’ consensus says, “B Positive‘s familiar sitcom trappings are elevated by its charming cast – especially the weird and winsome comedic stylings of Tony winner Annaleigh Ashford.” 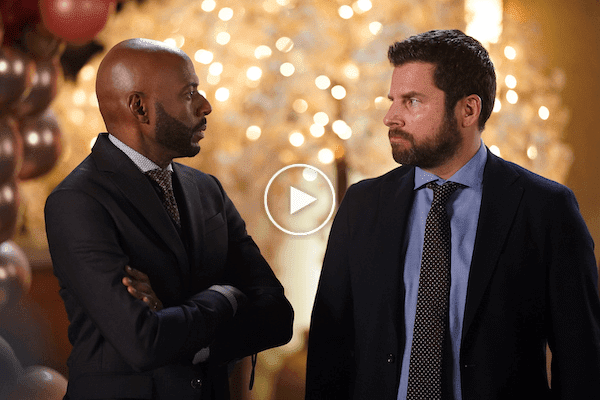 A MILLION LITTLE THINGS S4 | Binge from 17 October
Friendship isn’t one big thing; it’s a million little things.
A Million Little Things revolves around a group of friends who become motivated to live fuller lives after the unexpected death of a close friend.
David Giuntoli (Nick in Grimm), Screen Actors Guild nominee Romany Malco (Weeds), three-time Teen Choice nominee Grace Park (Hawaii Five-O), James Roday Rodriguez (Shawn in Psych) and three-time Kids Choice nominee Lizzy Greene (Nicky, Rick, Dicky and Dawn) are back for in Season 4 of the hit show that makes you feel the most.
A Million Little Things has a 7.9/10 rating on IMDb and was recently renewed for a fifth season. 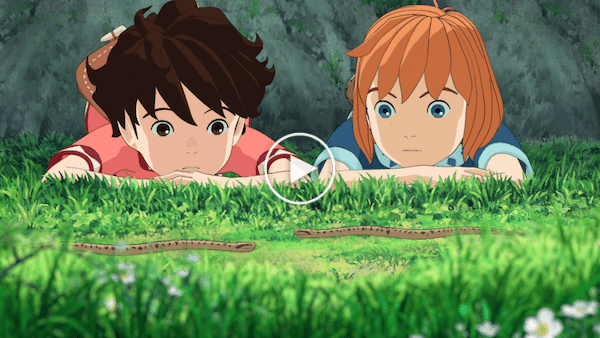 RONJA, THE ROBBER’S DAUGHTER | Binge from 13 October
Narrated by two-time Emmy winner Gillian Anderson (Sex Education, The Crown, The X-Files), Ronja, the Robber’s Daughter is an epic, Emmy-winning animated series from Studio Ghibli (Spirited Away, My Neighbour Totoro), based on the bestselling book by Astrid Lindgren (Pippi Longstocking).
Ronja is a 10-year-old girl born into a band of robbers. Over the course of 26 episodes, she befriends the son of her father’s rival and explores the beautiful but frightening forest, which is full of strange creatures.
In their four star review, Common Sense Media recommends Ronja, The Robber’s Daughter for children over the age of seven. Collider calls the show “a masterful, magical exploration of life itself”, praising the central relationship as “amazing to watch, especially for an animated kids’ show. It ranges from childlike curiosity, to immature rivalry, to outright hostility and distrust, to mutual friendship, to young love; every step along the way is masterfully handled and every bit as complicated as real-life relationships.”
ALSO WATCH: 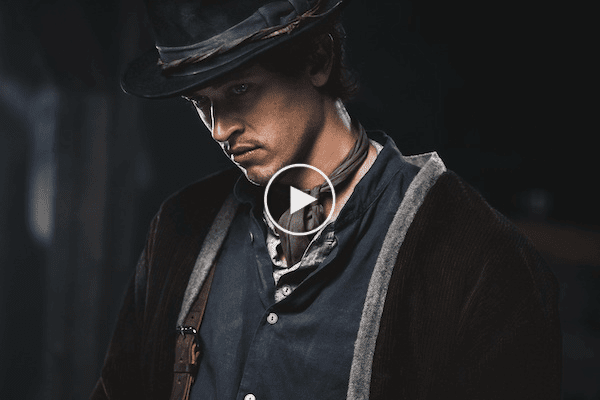 BILLY THE KID S1 | Binge from 24 October
From BAFTA nominee Michael Hirst, the creator of Vikings, comes an epic romantic adventure based on the life of Billy the Kid (Tom Blyth), from his humble Irish roots and his early days as a cowboy and gunslinger in the American frontier to his pivotal role in the Lincoln County War and beyond. 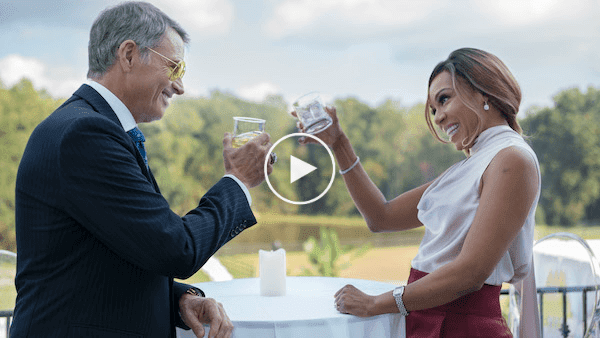 THE GAME S1 | Binge from 3 October
A reboot of the multi-award-winning 2006 series, The Game offers a modern-day examination of Black culture through the prism of pro football. Image Award winner Wendy Raquel Robinson and Hosea Chanchez return from the original series, with Adriyan Rae (Chicago Fire’s Gianna Mackey) and Emmy nominee Tim Daly (Madam Secretary, The Practice) co-starring.
EVERYTHING ON SHOWMAX IN OCTOBER 2022
To see everything on Showmax in October 2022, including the blockbusters The Lost City, Venom: Let There Be Carnage and The Suicide Squad, click here.
679

On Friday 23 September, the world commemorates International Day of Sign Languages to raise awareness around the importance of human rights amongst the deaf community. Kenyan TikTok creators in particular are doing their part, playing [c]

Safer Internet Day: Tips on how users and businesses can stay safe in the digital world

After South Africa and Nigeria, here comes ‘The Real Housewives of Nairobi’

This February, these are the best international series to stream on Showmax

The hybrid workplace: Rethinking security in the new world of work

To Remain Relevant and Competitive, Companies Must Embrace ESG

The hybrid workplace: Rethinking security in the new world of work

Safer Internet Day: Tips on how users and businesses can stay safe in the digital world